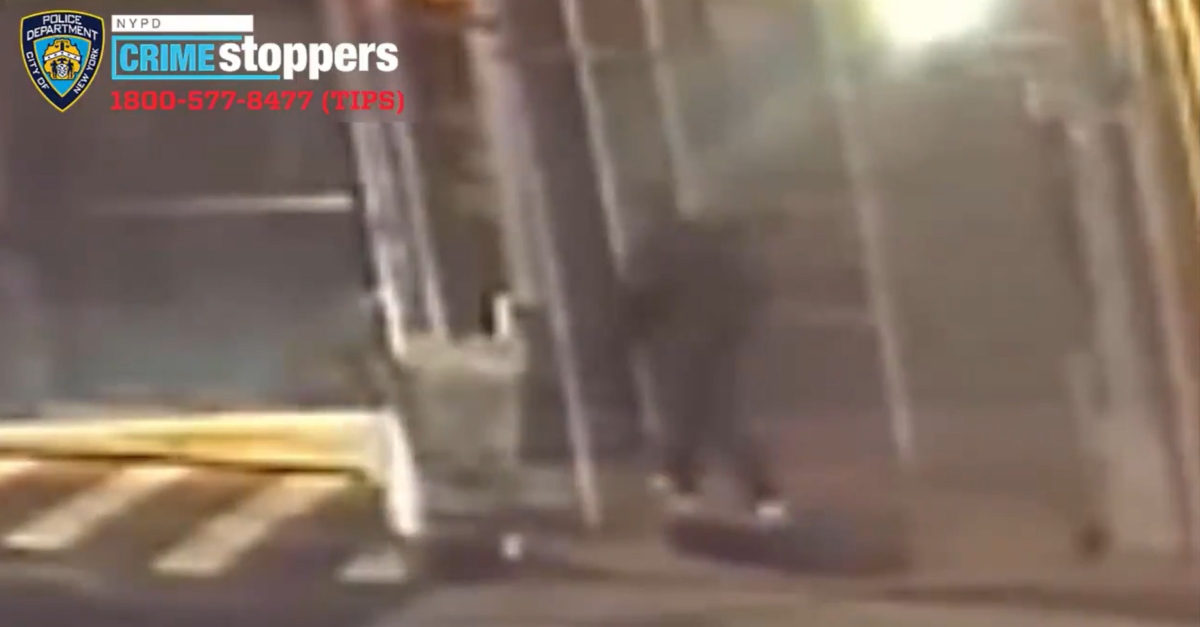 “We’re calling on the District Attorney’s Office to upgrade the charges to murder now,” family spokesperson Karlin Chan told The AP. “We’re fighting for justice and I hope [Powell] never walks the streets as a free man. He needs to pay for what he did.”

Police say Powell, who is Black, attacked Ma by 125th Street and Third Avenue, knocking him to the ground, stomping his head and kicking him in the face multiple times. Surveillance footage captured the incident. Cops say that is Powell attacking Ma on video.

WARNING: Please note that this footage is disturbing.

If you have any info regarding Friday night’s horrific attack, at E. 125 and 3rd Ave, you are urged to call or DM @NYPDTips 1-800-577-TIPS. pic.twitter.com/wNrCAuEdeu

Ma was reportedly in a medically induced coma and on a ventilator after the attack.

61-year-old Yao Pan Ma fighting for his life. Ma’s niece says he immigrated to New York 2 years ago, moved to Harlem after their Chinatown apartment burned down, recently lost his job to COVID. Collecting cans was how he helped support his family. #StopAsianHate https://t.co/s83uNRlkhD pic.twitter.com/tCyMdMtPXp

He began collecting bottles in September 2020 after losing a restaurant job amid the COVID-19 pandemic, wife Baozhen Chen told The New York Daily News in an April 25 article.

“My husband will call me daily to make sure I know he got home safely,” she said. “But that night he didn’t call me, so I was worried. I called him and the police picked up … The police told me what happened— my husband was hit and sent to the hospital.”

An attorney for Powell did not immediately respond to a Law&Crime request for comment.

Have a tip we should know? [email protected]