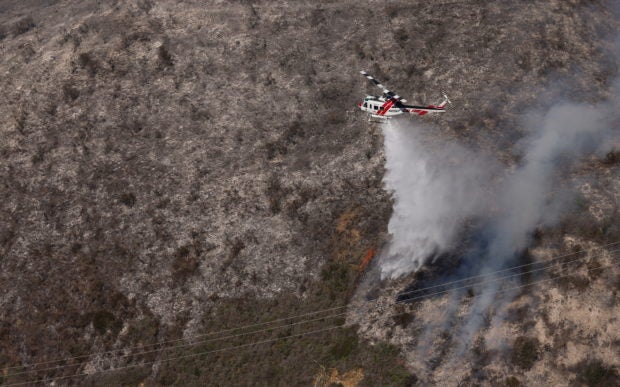 Firefighters on Sunday made progress in battling a blaze burning near the mountainous Big Sur area in California that forced evacuations and shuttered a major highway.

The Colorado Fire, which started on Friday night, was 25% contained as of early Sunday and burning across just over 1,000 acres, the California Department of Forestry and Fire Protection (Cal Fire) said.

Flames fanned by high winds forced the closure of a stretch of State Highway 1, a famed, scenic north-south route on the Pacific Coast, from Garrapata Creek to the cliffs of Point Sur.

The cause of the fire was unknown, authorities said.

“This has been a wind driven fire,” Cal Fire spokesperson Cecile Juliette said in a phone interview on Sunday. Just under 200 personnel were fighting the wildfire that triggered the evacuation of about 500 people, she added.

The department was not aware of any injuries and only one structure was reported damaged, Cal Fire said.

California has long had an active wildfire season, but in recent years, fueled at least in part by climate change, it has grown longer and more punishing.

“We’ve had several fires across northern California in the last few years that have been different than the fires from 10 or 15 years ago,” Juliette said. “They’ve been much bigger, (with) much more energy, much hotter and spread much more quickly. So this is the new California.”

A wildfire burning in January was “highly unusual,” Juliette said.

California is also grappling with the Santa Ana winds. Several wind advisories, mostly affecting the southern part of the state, remained in effect through Sunday afternoon, according to the National Weather Service.

Don’t miss out on the latest news and information.