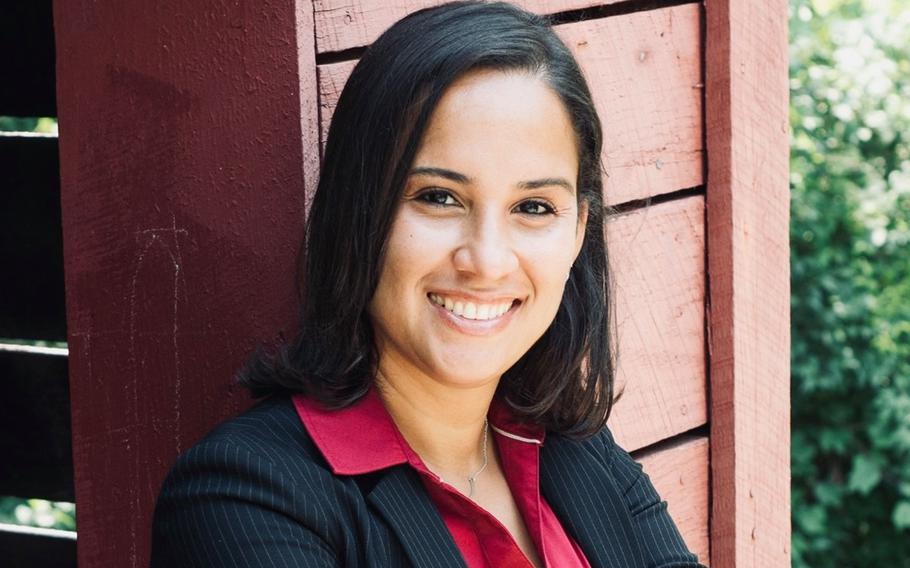 Air Force veteran Mariela Roca sees her bid for Congress as “another way of serving.” (Facebook)

FREDERICK, Md. (Tribune News Service) — Mariela Roca sees her bid for Congress as a chance to continue a life of service.

After five years in the Air Force, including a tour of duty in Afghanistan in 2007, and 10 years as a civilian government employee, Roca, 36, is running for the Republican nomination in Maryland’s 8th Congressional District. The seat is currently held by U.S. Rep. Jamie Raskin, D-Md.

“This to me just feels like another way of serving,” she said.

She’s the first Republican to file, according to the Maryland State Board of Elections. Howard County Democrat Andalib Odulate and Libertarian candidate Andres Garcia of Montgomery County are also seeking to represent the Eighth District.

Originally from Puerto Rico, Roca moved to Maryland while in the military.

Roca said she’s running because she feels like the country has to make drastic changes in its direction, moving away from the Biden Administration’s plan to “just tax and spend” to help the economy. She’s also concerned about how the government is dealing with the COVID-19 pandemic.

With two kids in public schools, education is another priority. She said schools should be focusing on teaching kids how to think rather than what to think.

In a district that stretches from the Washington, D.C., suburbs of Montgomery County through Frederick County and into Carroll County, Roca believes living in Frederick County will help her be able to reach out to all parts of the district and make sure she’s talking to everyone.

She believes Raskin hasn’t spent enough time in the Frederick County and Carroll County parts of the district, though she said the layout makes it hard to make sure you’re representing the interests of all your constituents.

The district is “two different worlds that have been smushed together into a district,” she said.

Roca has spent the past month making phone calls to introduce herself to voters and plans to have a kickoff event in the next few weeks.

Politically unaffiliated when she moved to Maryland, Roca said she was drawn to the Republican Party’s support for the military, along with other issues.

She views U.S. Rep. Nancy Mace, a South Carolina Republican, as a political role model of someone with firm conservative values who can still talk to people on both sides of the aisle in a common sense approach.

That’s an approach Roca hopes to emulate if elected.

“I really think we’ve got to get away from bashing each other,” she said.

Visit The Frederick News-Post at www.fredericknewspost.com