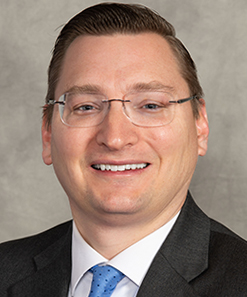 Annapolis, Md (KM) With the Maryland General Assembly scheduled to wrap up its business for the year very soon, there’s a last minute push to get some anti-crime legislation passed. Frederick County State Senator Michael Hough (R) says the Senate has approved a number of bills dealing with violent crime. “We’ve seen an uptick in crime across the state, particularly in urban centers, Baltimore city, Prince George’s County. Unfortunately, that crime is starting to trickle over into the rest of the state,” he says.

Hough says the legislation passed by the Senate include stiffer sentences for drug dealers who use firearms in committing a felony,  and making gun theft a felony. He says the Senate has also provided about $2-million to set up warrant squads so police can go anywhere to serve warrants and apprehend those suspects.

But, he says, the House of Delegates has not even bothered to take up these measures. “The Maryland House has repeatedly refuse to deal with this issue, repeatedly refused to hold violent repeat offenders accountable, whereas the Senate has repeatedly passed legislation which I’ve been a part of to punish these people,” says Hough.

He says the time to pass these bills is now. “We’re asking, really demanding is that the House hold a hearing on this and passed this legislation,”: says Hough. “This is the third year in a row, the Senate has passed legislation dealing with crime. And in the past, the House hasn’t even given us the courtesy of a hearing let alone pass this legislation,” he says.

Governor Larry Hogan last week called on the General Assembly to pass a package of anti-crime legislation, especially the Violent Firearms Offenders Act which would toughen penalties for offenders who use or illegally possess fire arms, or illegally supply firearms to criminals.

“We’re talking about people who are using guns in violent crimes, who are repeat violent offenders, people who are dealing drugs and using firearms,” says Hough. “These are not small offenses.”

The 2022 Maryland General Assembly adjourns for the year on Monday, April 11th at 12:00 midnight.